The following is a modified excerpt from Applied Qualitative Research Design: A Total Quality Framework Approach (Roller & Lavrakas, 2015, pp. 329-331). This excerpt discusses a case study illustrating how the author utilized many Total Quality Framework (TQF) design considerations, e.g., disclosure of the sampling method, a discussion of researcher bias, and processing plus verification procedures, that ultimately led to useful outcomes. 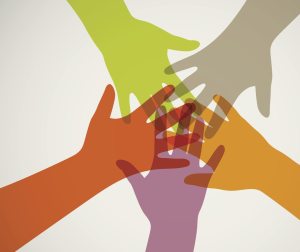 A term coined by Mishler (1996, 1999) to denote a research approach that preserves the “unity and coherence” of research subjects throughout data collection and analysis. It consists of two fundamental and unique components: (a) a focus on the investigation of “complex” social units or entities (also known as “case[s]”) in their entirety (i.e., not just one aspect captured at one moment in time), and (b) an emphasis on maintaining the cohesiveness of this entity throughout the research process. Two prominent case-centered approaches are case study research and narrative research. (Roller & Lavrakas, 2015, p. 350).

The following case study is from Auerbach (2002) who used multiple methods within a case-centered narrative study design to explore schooling and communication with educators among working-class Latino parents in urban Los Angeles. This case is discussed around the four components of the TQF – Credibility, Analyzability, Transparency, and Usefulness.

The purpose of this research was to explore the problems that Latino parents in urban Los Angeles face related to the schooling of their children and communication with educators. More specifically, this research utilized one particular college-access program for high school students to investigate the use of storytelling among a marginalized group of working-class Latino parents to examine whether “listening to the stories of parents of color may help urban educators and policy makers bridge the divide between students’ home cultures and the culture of school” (p. 1370).

A case-centered approach is a popular form of qualitative research among educational researchers. Stake (1995), Qi (2009), Bennett et al. (2012), Clandinin and Connelly (1998; Connelly & Clandinin, 1990), and Randall (2012) are just a few of the researchers who have applied either case study or narrative research to issues in education. The study presented here is another example of case-centered research in an educational setting. This was a fitting approach, given the researcher’s access to and involvement with the “Futures Project”—a longitudinal study conducted in conjunction with
an experimental college-access program for high school students—which fostered a case-centered study design relying on multiple methods within a narrative framework.

Credibility
Scope
The target population for this study was parents of high school students participating in the Futures Project. This project was conducted in partnership with UCLA to trace the trajectories of 30 students who participated in an experimental college-access program. The researcher used this population to draw a purposive sample consisting of 16 Latino or Black parents who were selected because of their diversity in race/ethnicity, educational attainment, English fluency, as well their students’ grade point average (GPA) and gender. All 16 parents cooperated with the research. The researcher acknowledges that this sample was not representative of the target population but emphasizes that the goal was not to generalize but to build on critical race and sociocultural theory. Among the 16 parents who participated in this study, the researcher selected four Latino parents to further analyze; these parents are the focus of this paper. These four individuals were chosen because their stories stood out as “signature pieces” that expressed many of the concerns of other Futures parents, offering particular insight into family–school relations (which was a key research objective). The researcher admits that the four selected parents were not representative of the target population; indeed, they were better educated, more articulate, and more fluent in English compared to other parents. These parents did, however, represent a range in the “Latino immigration experience” and conveyed “struggles” similar to those expressed by others.

Data Gathering
This case-centered research involved a series of in-depth interviews (IDIs), conducted by the researcher in English and Spanish, over a 3-year period. In this same time period, the researcher also completed participant observations involving “family–school interactions” and program activities (e.g., conferences, fairs), as well as analyzed Futures program data such as school documents, transcripts from parent meetings, and student interviews.

The researcher acknowledges the potential for researcher bias in the study design. In particular, she points to the fact that she was a complete participant observer whose participation in events may have potentially biased the data (although she utilized a reflexive journal, peer debriefings, and member checks to remain mindful of this possibility). The researcher also concedes that her status as a White, middle-class woman potentially made her an outsider to the working-class Latino parents in this study, which may have hampered gaining candid input and/or her ability to truly understand these parents’ concerns from their perspectives.

Analyzability
Processing
The researcher showed flexibility by embracing an iterative approach to data collection and analysis, with one informing the other simultaneously and throughout the fieldwork.

All IDIs conducted in the 3-year period were recorded and transcribed verbatim in English and Spanish. The researcher also used field notes; however, she does not state whether these notes were transcribed. Transcriptions of the parents meetings were also available.

Parents’ stories were analyzed from various perspectives: topically, theoretically, and in vivo codes (direct use of parents’ words).

The researcher derived three “distinct narrative genres” from the data: (1) parents’ life stories of their own struggles with school, (2) stories of being rebuffed by the school staff, and (3) counter-stories that challenged the status quo of the bureaucratic system.

Transparency
The researcher does not provide sufficient detail (e.g., the interview guide, the observation grid [if there was one], the documents reviewed, the data displays, or transcriptions) to enable another researcher to transfer the design to another context with a high degree of confidence. However, much of the research paper is devoted to the three genres of stories emerging from the research data, including commentary and interpretation of each story type as well as excerpts from parents’ stories and relevant details in the analysis, which help to give the reader a real sense of the basis by which
the researcher isolated these three classes of stories. Other researchers should find these details useful in investigating marginalized groups in similar school environments. Her coverage also provides an engaging report format. Although not included in this paper, the researcher strongly suggests that an audit trail of the research findings as well as a thick description were provided in her final document.

Usefulness
This research adds to the knowledge of family–school relations among marginalized groups and of the impact narratives can have in improving the former and empowering the latter. The researcher discusses three specific ways that narratives can have a positive impact as well as the implication for policy makers and educators. As far as a next step, the researcher suggests that additional research be conducted to examine whether the three narrative genres are “common” among parents of color.