Greg Allenby, marketing chair at Ohio State’s business school, published an article in the May/June 2014 issue of Marketing Insights on heterogeneity or, more specifically, on the idea that 1) accounting for individual differences is essential to understanding

the “why” and “how” that lurks within research data and 2) research designs often mask these differences by neglecting the relative nature of the constructs under investigation. For instance, research concerning preference or satisfaction is useful to the extent it helps explain why and how people think differently as it relates to their preferences or levels of satisfaction, yet these are inherently relative constructs that only hold meaning if the researcher understands the standard (the “point of reference”) by which the current question of preference or satisfaction is being weighed – i.e., my preference (or satisfaction) compared to…what? Since the survey researcher is rarely if ever clued-in on respondents’ points of reference, it would be inaccurate to make direct comparisons such as stating that someone’s product preference is two times greater compared to someone else’s.

The embedded “relativeness” associated with responding to constructs such as preference and satisfaction is just one of the pesky problems inherent in designing this type of research. A related but different problem revolves around the personal interpretation given END_OF_DOCUMENT_TOKEN_TO_BE_REPLACED

The following is adapted from an article that ran in Quirk’s e-newsletter June 2010.

Employees are vital to any successful company yet the importance of employee satisfaction research is often overlooked.  Employee research – conducted within large or small organizations – is critical to maintaining a fine-tuned business engine where morale is high, turnover is minimal, and top-quality productivity hums along throughout the firm.  The company that understands the significance of employee research is not only rewarded by a content and stable workforce but a profitable bottom line along with a growing return on investment.

Conducting employee research is in a class all its own.  Asking consumers to confess their brand preference or convincing business customers to divulge their vendor selection process is one thing, but asking employees to reveal little-known opinions about their jobs – their life source – is a risky business.  What makes employee research “risky” becomes apparent when confronted by a number of employee-specific issues in the design of a qualitative or quantitative study.  Here are six unique design considerations in employee research:

John Tarnai, Danna Moore, and Marion Schultz from Washington State University presented a poster at the 2011 AAPOR conference in Phoenix titled, “Evaluating the Meaning of Vague Quantifier Terms in Questionnaires.”  Their research began with the premise that “many questionnaires use vague response terms, such as ‘most’, ‘some’, ‘a few’ and survey results are analyzed as if these terms have the sa 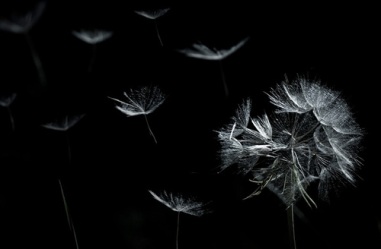 me meaning for most people.”  John and his team have it absolutely right.  Quantitative researchers routinely design their scales while casting only a casual eye on the obvious subjectivity – varying among respondents, analytical researchers, and users of the research – built into their structured measurements.

One piece of the Tarnai, et al research asked residents of Washington State about the likelihood that they will face “financial difficulties in the year ahead.”  The question was asked using a four-point scale – very likely, somewhat likely, somewhat unlikely, and very unlikely – followed by a companion question that asked for a “percent from 0% to 100% that estimates the likelihood that you will have financial difficulties in the year ahead.”  While the results show medians that “make sense” – e.g., the median percent associated with “very likely” is 80%, the median for “very unlikely” is 0% – it is the spread of percent associations that is interesting.  For instance, some people who answered “very likely” also said END_OF_DOCUMENT_TOKEN_TO_BE_REPLACED