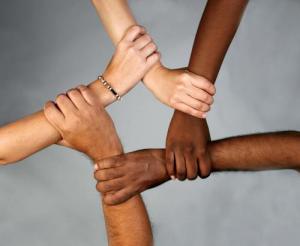 The race and ethnicity questions in research design have been discussed and debated for many years.  Two important issues in the debate are a) should the (esp., race) question even be asked? and b) if so, what is the best way to word these questions to gain some true (objective or subjective) measure.  Rubén Rumbaut addressed the first issue in his March 2011 interview on NPR’s Morning Edition (as well as his 2009 paper, “Pigments of our imagination: On the racialization and racial identities of ‘Hispanics’ and ‘Latinos’”) where he maintains that asking the race question is more about “social status” and putting people “in their place” than about understanding “a natural, fixed marker…inherent in human bodies.”  In a similar vein, fellow research blogger Jeffrey Henning concludes his February 2009 post on race and ethnicity by saying, “I look forward to the day when race and ethnicity are no longer standard demographic questions, and when skin color is no more important than hair color or eye color.”

If race and ethnicity questions are to be asked (and there are reasons for asking these questions, particularly when civil rights and money are involved), how should we ask them?  It is generally accepted practice in the federal government – Census Bureau, FDA, Department of Education, Department of Defense – to distinguish between race and ethnicity, acknowledging that race refers to a population’s physical characteristics while ethnicity speaks to “social groups with a shared history, sense of identity, geography, and cultural roots.” This is especially important as Hispanics become a commanding segment in the U.S. population.  As anyone who completed last year’s Census form can tell you, the convention is to first ask the ethnicity question – “Is this person of Hispanic, Latino, or Spanish origin?” – followed by the race question – “What is this person’s race?”

Outside the federal government, the thinking behind race-ethnicity question design seems murky.   In some instances no distinction is made between race and ethnicity*:

To which racial or ethnic group(s) do you most identify?

Would you describe yourself as:

How would you classify yourself?

While others are confused by what is “race” and what is “ethnicity”*:

What is your race?

What is your ethnicity?

Every researcher on every study needs to decide whether the race-ethnicity questions provide meaningful, actionable information.  If these questions are deemed appropriate, careful design considerations are imperative to giving the respondent a clear path to response.