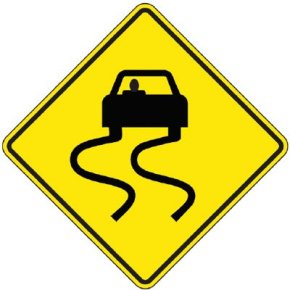 mode where the close physical proximity of participants can unleash any number of factors that will threaten data quality if left unchecked.

One of the most important factors is the caliber of the discussion; specifically, the extent to which all participants have a fair chance of voicing their input. This is critical because the success of the group discussion method hinges on generating a true discussion where everyone present participates in a dialogue with the other group members and, to a lesser degree, with the moderator. A true participatory discussion, however, can be easily jeopardized in the social context of the in-person focus group (as well as the online synchronous discussion mode) because one or more participants either talk too much (i.e., dominate the discussion) or talk too little (i.e., are hesitant to express their views). In either case, the quality of the data will be compromised by the failure to capture the viewpoints of all participants, leading to erroneous interpretations of the outcomes.

The potentially negative impact that the face-to-face group interaction can have on data quality is an important consideration in qualitative research design, yet this impact—or, the effect of group interaction on the research—is often overlooked when conducting the analyses and reporting the outcomes. Researchers who have explored the role of interaction in focus group research include Grønkjær et al. (2011) and Moen, Antonov, Nilsson, and Ring (2010). Grønkjær et al. analyzed the “interactional events” in five focus groups they conducted with Danes on the use and perceptions of alcohol and determined, for example, that “disagreements between participants can function as a catalyst to keep the focus group discussion going” (p. 26). Moen et al. used an interaction “template” contrived by Lehoux, Poland, and Daudelin (2006) to analyze focus groups conducted with patients and physicians concerning their perceptions of multiple medicine use. Interaction effects, and specifically the Lehoux, Poland, and Daudelin template, are discussed more fully in this RDR post.

An important aspect of the interaction effect is the influence the moderator has on group dynamics. In addition to the many factors associated with interviewer bias and training in the in-depth interviewing method, there is also the issue of how the moderator manages the group interaction and how this management affects the direction of the outcomes. For instance, in their group discussions concerning alcohol use in Denmark, Grønkjær et al. (2011) emphasized the importance of the moderator’s “continuous assessment of the interactions between various participants” (p. 25), while maintaining the status of moderator and resisting the urge to speak as a health professional by interrupting the interaction with expert knowledge.

Another limitation with many in-person focus groups is the low level of cooperation that is often achieved when recruiting people to attend a particular session. This may be because people are reluctant (or too shy or socially self-conscious) to agree to spend 90 minutes or 2 hours interacting with complete strangers, or because face-to-face focus groups are held at a central location, mandating that all participants attend at the same place and the same time. There may be people in the target population who are invited to participate in a group discussion but who refuse (despite the offer of a cash incentive payment) because of scheduling conflicts or the inconvenience of traveling to a central facility. The logistics can be particularly troublesome for people with disabilities, health issues, or no means of transportation. Linked to this lower level of initial cooperation is the reality that people who do agree to participate in an in-person discussion may not actually show up due to unexpected scheduling conflicts, transportation difficulties, or just a last-minute unwillingness to venture from home or office to travel to the location of the group session. In the end, the researcher must seriously consider the idea that the people who elected to attend the in-person focus group may differ in significant ways from those who chose not to cooperate with the research.