As discussed elsewhere in Research Design Review, the Total Quality Framework (TQF) is “a useful tool for qualitative researchers to apply in designing, conducting, and interpreting their research so that the studies are more likely to (a) gather high-quality data, (b) lead to more robust and valid 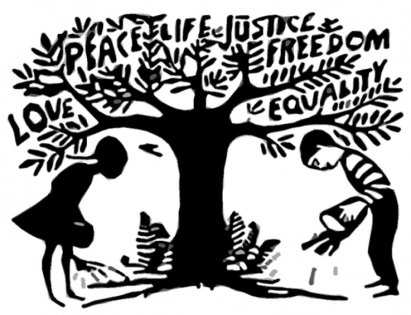 interpretations of the data, and (c) ultimately generate highly useful outcomes.” The basic research principles that underlie the TQF can be applied to various qualitative methods.

The following is an excerpt from Applied Qualitative Research Design: A Total Quality Framework Approach (pp. 227-229) which summarizes an ethnographic study conducted by Todd (2012) concerning religious network organizations and their association with social justice at the local community level. This case study exemplifies many of the principles supported by the TQF approach — illustrated by the clearly stated purpose, the stated justification for the chosen method, and the attention to quality-enhancing details throughout the study.

Religious networking organizations are structured groups consisting of people from multiple religious congregations that meet regularly to discuss common interests. The primary purpose of this study was to examine how and why these organizations work for social justice in their local community and how religion is integrated into the organizations’ work in social justice.

An ethnographic approach was considered appropriate because of the distinctive insight it could give into the organization members’ personal experiences, as well as the proven benefit of ethnography, by other researchers in community psychology, in identifying and understanding the storied lives of individuals and social processes within community-based environments.

The researcher discussed his research and interest in conducting participant observation with key informants (organizations’ leaders and group members). He received approval from both organizations as well as from the university IRB. In lieu of written informed consent, the researcher obtained passive assent by reading a short script at the beginning of each network organization meeting. This script stated the researcher’s university affiliation; his role as an ethnographer (specifically, participant observer); his intent to take field notes and write one or more academic papers at the conclusion of the study; and his contact information with instructions to notify him or a key informant (an organization leader) if any member did not want notes taken of his/her activity. The researcher took the added ethical precaution to brief any member who arrived at the meeting after his script was read and omitted the member from the field notes if his/her assent was not obtained.

Observations at each meeting were directed by an observation guide that focused on the core construct of interest—how networking organizations understood and worked for social justice in the community—along with the topics/issues discussed, manner in which decisions were made, interaction among members, key events or incidents during the meeting, variations or deviant patterns, manner in which members attached meaning to their own behavior, sensory cues such as sights and sounds, physical layout of the meeting room (mapping), members’ language during discourse, use of anecdotes and quotes, and the researcher’s personal, reflective reactions or thoughts.

The ethnographer was mindful of the potential for observer bias. One concern was the brevity of the script he read at the start of each meeting, which was purposely kept short so as to not disrupt the meeting. Still, the researcher questioned whether it was sufficient to explain his role and intentions (however, there was no indication from the members that this was a problem). The researcher was careful to refrain from interjecting questions or statements into the meeting that would only serve his research purpose. He was also careful to limit his involvement during the group meetings. In his report, the ethnographer (someone with a graduate degree in theology as well as psychology) acknowledged that his own assumptions prior to involvement with the organizations were potentially biasing his analysis, and, with this awareness, he continually reflected on his interpretations of the data.

The ethnographer reflected on the field notes throughout the study, and his personal reflections were integrated with the field notes. By continually reviewing and assessing these notes, the researcher used this information and insights to better understand future meetings where past observations were either affirmed or denied. This iterative, grounded analytical approach became a form of “focused coding” that identified key concepts and categories that were confirmed, or not, by additional observations. During analysis, the field notes were reread many times and organized by themes, patterns, processes, group activities, and around the key construct: how and why these organizations understood and worked for social justice in the community.

In addition to the observations, the researcher triangulated his data during analysis with the meetings’ agendas, handouts, announcements, and minutes. Other triangulation techniques included deviant case analysis (e.g., looking for and exploring observations, relationships, or categories that were contradictory) and member checking by debriefing members after the initial observations and presenting a report to each organization after the analysis and interpretation, asking for member feedback on the findings.

As shown in this brief account, the ethnographer provided a detailed report of the research covering the scope, data-gathering, and analysis processes. Importantly, the researcher was very forthright and specific on particular issues regarding the construct of interest, participant consent, his own prejudices and the potential for bias, and the limitations of the study (e.g., the differences between the organizations). By way of the researcher’s documentation, the reader is able to understand (a) how the research was conducted, (b) the obstacles or issues that may have impacted the data, (c) the process the researcher went through to reach the final interpretations, and (d) how the research might be applied in similar contexts.

Usefulness (Doing something of value with the outcomes)