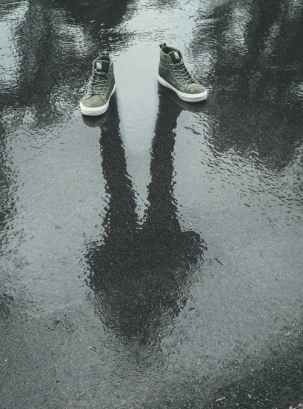 manner in which the researcher intended. For instance, an interviewer investigating parents’ healthy food purchases for their children might ask a mother to describe a typical shopping trip to the grocery store. In response, the mother might talk about the day of the week, the time of day, where she shops, and whether she is alone or with her children or someone else. After which she might ask the interviewer, Is that the kind of thing you were looking for? Is that what you mean? Did I do okay in answering your question? The interviewer’s follow up might be, Tell me something about the in-store experience such as the sections of the store you visit and the kinds of food items you typically buy.

It is one thing to misinterpret the intention of a researcher’s question – e.g., detailing the logistics of food purchasing rather than the actual food purchase experience – but another thing to adjust responses based on any number of factors influenced by the researcher-participant interaction. These interaction effects stem, in part, from the participant’s attempt to “do okay” in their role in the research process. Dr. Kathryn Roulston at the University of Georgia has written quite a bit about interaction in research interviews, including an edited volume Interactional Studies of Qualitative Research Interviews.

The dynamics that come into play in an IDI or focus group study – and in varying degrees, ethnographic research – are of great interest to qualitative researchers and important considerations in the overall quality of the research. This is the reason that a lot has been written about the researcher’s reflexive journal and its importance in allowing researchers to reflect on their contribution to the data gathered. Many articles in Research Design Review – such as “Interviewer Bias & Reflexivity in Qualitative Research” and “Reflections from the Field: Questions to Stimulate Reflexivity Among Qualitative Researchers” – and elsewhere – including an August 2017 issue in Qualitative Psychology devoted to reflexivity and a host of articles such as Shari Goldstein’s “Reflexivity in Narrative Research” – have discussed reflexivity and the role of the reflexive journal in the validity of the outcomes.

And yet, with the exception of scholars such as Kathy Roulston, relatively little has been discussed concerning the participant’s actual experience of the research event (i.e., the interview or group discussion) and its potential to undermine the validity of qualitative data. In particular, it would be of interest to understand how the participant’s actual experience from the participant’s perspective shaped the outcomes. That is, a participant reflexive journal. Not unlike the reflexivity practiced by researchers, what if participants were asked to reflect on their role in the research process. What if participants were asked to reflect on introspective questions such as:

In this way, the participant reflexive journal empowers participants to answer the question so often asked – “Did I do okay?”