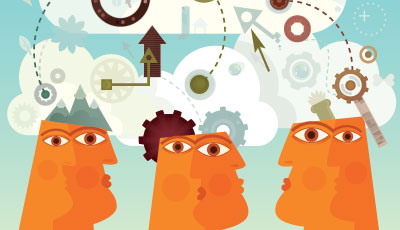 is typically not enough to know that a behavior has occurred without knowing the significance of that behavior for the individual.  Even survey research, with its reliance on mostly preconceived closed-ended questions, is designed with some hope that sense (i.e., meaning) can be derived by cross tabbing data from one question with another, factor analyzing, t-testing, z-testing, regressing, correlating, and any number of statistical techniques.

Yet, it is qualitative research that is usually in charge of finding meaning.  It is not good enough to know who does what, for how long, or in what manner.  Qualitative researchers are not so much interested in what an online participant tacked to a Pinterest board, or which treatment option a cancer patient chooses to discuss in an in-depth interview, or how much focus group participants might be willing to spend for tickets to a sold-out Mets game, or the observed reactions of 4th graders as they are bullied in recess.  All of this serves as a backdrop to what is most important – which is, what does it all mean for the people we study?  And, because life is complicated, what are the multiple meanings?  Without an effort to get at that, then why bother with qualitative research in the first place.

There are many factors that conspire to keep qualitative researchers from finding meaning.  Here are just four:

* I am excluding journal articles.

[Image captured from http://www.ysc.com/our-thinking/article/finding-meaning-in-networks on 16 March 2014.]